Women of the Wall expresses “cautious support” for proposal, rejects solution in which group must pray separately from plaza. 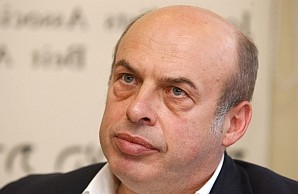 “There must be a section for egalitarian prayer” at the Western Wall, Jewish Agency chairman Natan Sharansky told The Jerusalem Post on Tuesday. Speaking from New York after a meeting with representatives of the various religious denominations comprising American organized Jewry, Sharansky confirmed rumors that he is pushing for the addition of a third section at Judaism’s holiest site.

Earlier in the day, sources within the Yesh Atid party who have been involved in negotiations on the matter confirmed to the Post that the idea of a space for pluralistic worship was the principle solution under discussion, although the full details have yet to be finalized.

The Women of the Wall activist group has of late stepped up its campaign to change the current prayer arrangements and bring attention to what it describes as “an unjust law.”

The law forbids performing religious ceremonies “not according to local custom” or which “may hurt the feelings of the worshipers” at holy sites, including the Western Wall, which the police interpret as meaning anything deviating from Orthodox practice.

Practices conducted by men in Orthodox communities, such as wearing prayer shawls, reading from the Torah, and other customs are therefore forbidden to women by law at the Western Wall.

Women of the Wall’s monthly prayer service at the Western Wall has become a flashpoint over the past 18 months, with women regularly detained at the site for wearing the large, black-andwhite prayer shawls classified by police as “male-style” tallitot.

“Female-style” tallitot, on the other hand, are smaller, colorful prayer shawls general worn around the neck, rather than over the shoulders.

A spokesman for Women of the Wall said that any solution in which their group would have to pray separately from the main Western Wall Plaza would not be acceptable.

However, Sharansky said that he was told that Women of the Wall chairwoman Anat Hoffman has expressed “cautious support” for his proposal.

In the Supreme Court ruling on the matter in 2003, the court ordered the government to create a prayer space by Robinson’s Arch, part of the Western Wall but farther south from the main plaza.

This area was created, although it is not accessible at all times of the day since it is within an archaeological park and requires an entrance fee. It also lacks basic prayer facilities such as tables, chairs, prayer books and Torah scrolls.

Sharansky expressed sympathy for the Women of the Wall’s objections to being relegated to Robinson’s Arch, telling the Post that conditions there are “very different” from those other worshippers enjoy.

The religious activism group has stipulated that any solution must allow for women-only prayer to be conducted within the prayer area since some of its members are Orthodox.

The group has also demanded that the prohibitions on women seeking to pray according to their own customs in the current women’s section must be lifted immediately.

A spokeswoman for Women of the Wall said that the establishment of a new prayer area would likely be a lengthy process, and that the repeated arrests of women for wearing tallitot and performing similar practices must end.

The organization will be seeking intervention from either the Prime Minister’s Office or the Justice Ministry to change the current law at the site.

American Jewry has taken an intense interest in the matter and in December 2012, Prime Minister Binyamin Netanyahu tasked Sharansky to find a compromise deal to end the internecine conflict over the holy site.

Sharansky told the Post that there was no reason not to implement a solution in which “all the Wall will be accessible 24 hours a day… there will be the opportunity to touch the Wall on all its length” and “there will be one entrance through which the people are coming.”

After consulting with ministers and MKs along with both Orthodox and non-Orthodox leaders in Israel, Sharansky said he decided to test the waters in the United States.

“I hope that we can really come to a very broad consensus,” Sharansky said, indicating that he felt “encouraged” by the reception his proposal garnered.

“It’s true that in 1968 there was a decision to keep part of the Western Wall for prayer and part for excavations, but the excavations finished long ago,” he said, noting that the Mughrabi Bridge, which leads to the Temple Mount, could serve as a “natural divider” between the Orthodox and non-Orthodox sections of the wall.

However, while that is the “basic idea,” he said, “the important thing is details” and implementation.

Sharansky would not comment on the exact composition of the group convened for Tuesday’s meeting in New York, but did note that among the groups represented was the Chabad Lubavich hassidic sect and other Orthodox groups.

“Without going into details,” he said, “everybody has his or her objections, but I think in the end everybody understands that here is an opportunity to make the Kotel again into the place and symbol that unites all of us, and not divides.”

Both the Orthodox and non-Orthodox streams have the right to pray in their own fashion, he said, but the “challenge” is to figure out how “everybody can pray without undermining the other.”

“Everybody has to make some sacrifices or to compromise on something,” he said.

Religious organizations in the US expressed cautious optimism regarding Sharansky’s proposal, although they remained vague as to the specifics of the plan or their concerns regarding it.

Farley Weiss, the president of the National Council of Young Israel, a Modern Orthodox organization, confirmed to the Post that a representative of his organization was in attendance at the meeting and his associate executive director, Rabbi Bini Maryles, said that he was “greatly appreciative of Natan Sharansky’s efforts to come to a resolution on the issue of prayer at the Kotel which I am hopeful will lead to the avoidance of future altercations.”

“The import of the Kotel for all Jews cannot be overstated and it is imperative for all of us that it be a place where shalom exists among our people,” Maryles said.

Rabbi David Rosen, the American Jewish Committee’s international director of interreligious affairs, said that a proposal for an egalitarian section would “be met with much approval by the vast majority of American Jewry and I imagine most Israelis would approve as well,” although it would probably “spark extreme reactions from haredi and many Orthodox groups.”

Rabbi Rick Jacobs of the Union for Reform Judaism also said that he was “encouraged” by Sharansky’s efforts and that “while his proposals are not all we had hoped for, they represent a dramatic step towards a State of Israel that respects and protects the rights of non- Orthodox Jews.”

“There are many crucial details to be worked out, but in general I am hopeful that we are moving towards a solution that would affirm the unity of the Jewish people and the many authentic ways to practice Judaism,” Jacobs said.

Rabbi Steven Wernick, CEO of the United Synagogue of Conservative Judaism, told the Post that “what we were presented with was a concept that aims to resolve the issue of access to the Kotel. The proposed concept is significant and there was good will about continuing to talk about refining it. There are still many details to be worked out but overall, the response was good.”

The meeting, he said, was “positive and productive.”

“General principles of [Sharansky’s] recommendation – though not entirely what we would have liked – indicate that he is listening to us and wishes to address our concerns.

We look forward to working with Mr. Sharansky to find a solution that is good for the entire Jewish people,” Wernick said.

Jerry Silverman, president of the Jewish Federations of North America also sounded upbeat about the meeting, saying that “it was a really good dialogue. People felt comfortable expressing their opinions and it was really respectful and dignified with real depth.”

Jewish Agency spokesman Benjamin Rutland issued a statement after the meeting, saying that “after significant thought and multiple discussions with Knesset members and a wide range of stakeholders in Israel and the Diaspora, Sharansky will present his recommendations to Prime Minister Netanyahu upon the chairman’s return to Israel from his visit to college campuses in the United States.”

He quoted Sharansky as calling for the Kotel “once again [to] be a symbol of unity among the Jewish people, and not one of discord and strife.”

While efforts at building a consensus were being made in New York, the battle over prayer at the Kotel continued in Jerusalem.

Despite a police warning on Tuesday stating that the High Court’s ruling prohibiting women from wearing religious garments while praying at the Western Wall will be enforced, a Women of the Wall representative said the group will continue to pray as they choose Thursday morning, undeterred.

“We meet every month at the Kotel for a pluralist women’s prayer for Rosh Hodesh, and have been for 24 years,” said Shira Pruce, director of public relations for Women of the Wall.

“We’re constantly being accused of being a ‘provocation’ and we always say that 24 years is a local tradition, not a provocation.”

Pruce said there will likely be 100 or more women attending the 7 a.m. morning prayer.

“The only thing we do is pray,” she said. “We are really clear, and always have been, that the Women of the Wall do not participate in rallies or protests – we are a prayer group.”

Still, Israel Police spokesman Micky Rosenfeld said the head of the Jerusalem Police District, Yosi Perienti, has made it clear that the High Court’s decision will be upheld by police.

“The Israeli police will be at the Western Wall on Thursday to ensure the law is enforced and that the Women of the Wall do not take advantage of the High Court’s decision forbidding them from praying with religious garments in restricted areas,” said Rosenfeld.

While Rosenfeld said the designated area at Robinson’s Arch had been established to allow women to pray wearing religious garments without defying the court’s decision, Pruce called the alternative a form of “exile.”

“The Women of the Wall has never accepted the exile to Robinson’s Arch,” she said. “It is not the Kotel, it doesn’t feel like the Kotel, doesn’t look like it, and nobody prays there as if it were the Western Wall. If it was the Western Wall, the ultra- Orthodox would be praying there, as well.”

Pruce continued by saying that “on Thursday, like any other month, we will come at 7 a.m. to pray in the women’s section as we always do and hope for as little police intervention as possible, which we do not believe we need.”

Pruce emphasized that women who choose to wear religious shawls will not pray without them under any circumstance, stating such a restriction is “against their religion and violates their Jewish beliefs.”

“The police have detained 40 women at the Kotel over the last six months, so we are, unfortunately, quite prepared for this scenario,” she said. “However, it’s important to note that these women have been ‘detained,’ not ‘arrested.’” Pruce said the distinction is important, because when a woman is detained by police for praying with a shawl, she is typically held in custody for three hours, during which time she is questioned, fingerprinted and released without a criminal record or file of any kind.

“We’re experiencing being detained as a form of police intimidation, much more than the pursuit of law-breakers,” she said. “If they were looking for a criminal they would press charges.”

Rosenfeld said the police are highly sensitive to the nature of the conflict and will do everything possible to uphold the law without further inflaming tensions.

“We are dealing with a situation that is both serious and sensitive and are taking consideration of the implications,” he said.