(Zion: a place name that has become synonymous with city of Jerusalem and the land of Israel)

Zionism is a nationalist, political movement that emerged in the late 19th century in Europe with the goal, on the one hand, of liberating Jews from anti-Semitic discrimination and persecution, whilst on the other hand striving to create a community characterised by social justice, equality – more righteous social order.

Theodor Herzl (1860-1904), one of most well-known founders of the movement, envisioned the founding of an independent Jewish State, in his book Der Judenstaat.

“The Jewish question persists wherever Jews live in appreciable numbers. Wherever it does not exist, it is brought in together with Jewish immigrants. We are naturally drawn into those places where we are not persecuted, and our appearance there gives rise to persecution. This is the case, and will inevitably be so, everywhere, even in highly civilised countries—see, for instance, France—so long as the Jewish question is not solved on the political level.”

Therefore I believe that a wondrous generation of Jews will spring into existence. The Maccabees will rise again.
Let me repeat once more my opening words: The Jews who wish for a State will have it.
We shall live at last as free men on our own soil, and die peacefully in our own homes.
The world will be freed by our liberty, enriched by our wealth, magnified by our greatness.
And whatever we attempt there to accomplish for our own welfare, will react powerfully and beneficially for the good of humanity.

“Those of us who are today prepared to hazard our lives for the Zionist cause would regret having raised a finger if we were able to organize only a new social system and not a more righteous one.”

It could be said that with the establishment of the State of Israel, Zionism, as a movement is no longer required. However, many Jews are still persecuted and Antisemitism persists in the world. The movement’s vision of creating a Utopian society also remains unfulfilled. There is much work yet to be done. 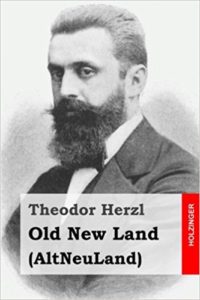 In Herzl’s book, Altneuland, he writes:

“I truly believe that even after we possess our land, Zionism will not cease to be an ideal. For Zionism includes not only the yearning for a plot of promised land legally acquired for our weary people, but also the yearning for moral and spiritual fulfillment.”

The Jerusalem Program is the ideological platform of the Zionist movement and any person or organisation claiming to be Zionist must accept and adhere to these Statements.

The text of the Jerusalem Program, as revised and adopted by the Zionist General Council in June 2004, is as follows:

The foundations of Zionism are:

A No. Zionism doesn’t seek to dis empower people by devaluing their identity. Zionism is about nurturing Jewish life.

Q How can Zionism be reconciled with democracy?

A Zionism is an ideology that seeks to support Israel in the creation a community characterised by social justice, equal opportunity and a fostering of spiritual and cultural values.

Q What about non-Jewish people living in Israel, how does Zionism impact on them?

A All citizens of Israel have the same rights and freedoms.

Q Zionism brought about the State of Israel’s establishment on a land where non-Jewish people also live. Does  ARZA Australian (ARZA) work towards supporting all Israeli citizens or only Jewish ones?

A ARZA advocates for the rights of all Israeli citizens, irrespective of religion, race or sexual orientation.

Q Are all Jews Zionists?

Extract from the State of Israel’s Declaration of Independence

[…] The State of Israel will be open for Jewish immigration and for the In-gathering of the Exiles; it will foster the development of the country for the benefit of all its inhabitants; it will be based on freedom, justice and peace as envisaged by the prophets of Israel; it will ensure complete equality of social and political rights to all its inhabitants irrespective of religion, race or sex; it will guarantee freedom of religion, conscience, language, education and culture; it will safeguard the Holy Places of all religions; and it will be faithful to the principles of the Charter of the United Nations.[…]