Kariv is the standout figure in a growing turn toward politics in Israeli Reform and Conservative circles. The movements were part of a recent conference on liberal Jewish political involvement and hope to break Orthodoxy’s traditional dominance of religion in Israel.

Kariv says he’s unsure whether he will run in Israel’s elections scheduled for Jan. 22, but if he does he’ll compete for a spot in the center-left Labor Party. At the moment, Kariv is the only prominent liberal religious leader actively contemplating a run for office. END_OF_DOCUMENT_TOKEN_TO_BE_REPLACED 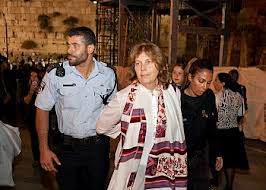 Following Anat Hoffman’s arrest on October 16, she was interviewed online and subsequently participated in a Q&A session set up by Pro-Zion, the UK Zionist Movement for Progressive Judaism. Anat was arrested during a prayer service at the Kotel for saying Sh’ma Israel aloud and for wearing a tallit. She was subsequently taken to the police station where she was held overnight. You can watch the full 46-minute session on YouTube here and an edited 14-minute edition here. 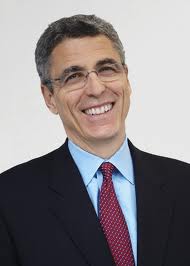 Rabbi Rick Jacobs, the president of the Union for Reform Judaism, said American Jews should no longer acquiesce to Israeli state-sanctioned discrimination against women and non-Orthodox Jews.

“I would fight passionately for the right of Orthodox Jews to pray freely at the Kotel or anywhere else, so I can’t understand why we acquiesce when the rights of non-Orthodox Jews are denied by the Jewish state,” Jacobs said to wide applause in a speech Tuesday at the closing plenary of the General Assembly of the Jewish Federations of North America, where Jacobs served as the scholar in residence. “This is a moment that calls for Israel and the world Jewish community to address equality for all streams of Judaism by the government of Israel.”