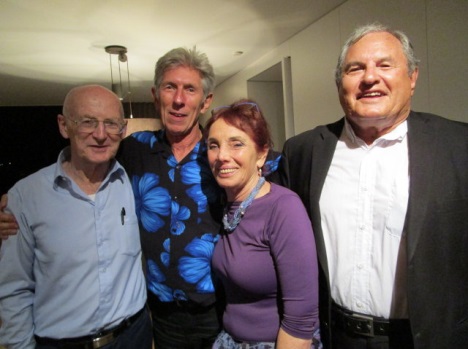 ARZA Australia was pleased to support the efforts of the UIA Progressive Campaign on behalf of the World Union for Progressive Judaism’s work to resettle refugees and migrants in Israel.

At an event hosted this week by supporters Jenny and Rob Smith, the Progressive Campaign’s outstanding guest speakers, Professors Tsvia and Raphael Walden gave members of the community a wonderful insight into key social issues in Israel today as well as hearing from Tsvia about the challenges confronting her, when saying Kaddish at the funeral of her late father, Shimon Peres (z”l).

END_OF_DOCUMENT_TOKEN_TO_BE_REPLACED

Minutes of the Annual General Meeting of the Australian Reform Zionist of Association Inc. (ARZA) held at 11:15 a.m. on Sunday 20 November 2016 at The Esplanade, Scarborough, Western Australia.