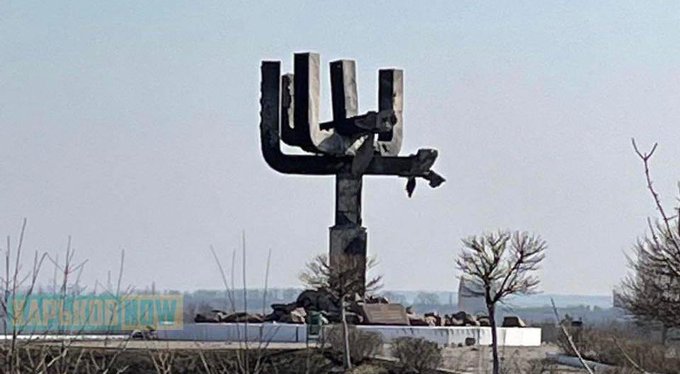 As we, the Jewish community prepare to celebrate our deliverance from Egypt and our freedom as a people, we can’t help but mourn the current suffering of some of our people along with their countrymen and women in Ukraine. We mourn for the unspeakable suffering they are having to endure at the hands of one who is determined to destroy.

The words of Mi Chamochah will be ringing in our ears as we remember the wonders worked to bring the Hebrews out of slavery, the sea splitting before Moses and Miriam. I can’t help but think we are hoping for a miracle to save the people of Ukraine and the many Jews seeking to save their families and having to flee their homeland.

We have, as a community through our Progressive Appeal, endeavoured to contribute as much as we can to the World Union for Progressive Judaism’s (WUPJ’s) Ukraine Crisis Fund which is helping bring escaping Jews and others to Israel and providing support to those who have fled to neighbouring countries around the borders of Ukraine.

We pray that those entering Israel are being welcomed with open arms. We hope that the process of making Aliyah is not made too difficult. We support the Legal Aid Centre for Olim (LACO) in its work to assist those having difficulty in being accepted as legitimate refugees and Olim.

I know, as we sit around the Seder table with family and friends, we will all feel an acute sense of gratitude that we can enjoy a freedom that we all cherish. I also know that we will continue to do what we can, however we can, to support the Jews and the people of Ukraine until their day of freedom comes. 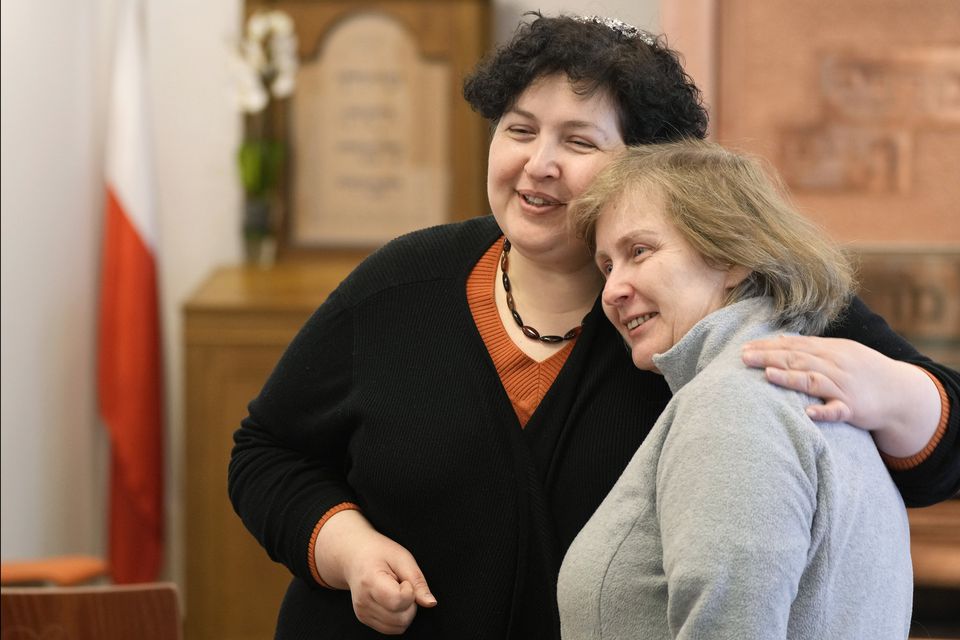 As I sit to write today, I try to steer my mind away from the Ukraine disaster and Russian war crimes to talk about the wonderful visit to Australia of Rabbi Sergio Bergman, the President of the World Union for Progressive Judaism. But I can’t.

Last night I came across the photo of Ukraine’s only female Progressive Rabbi who because she is Russian born was advised she should flee Ukraine. That meant leaving her community and those she wished to bring comfort to and help protect.

I met Rabbi Julia Gris and 4 of her Rabbinic colleagues, from the Former Soviet Union in Rio de Janeiro, Brazil in 2015 at the World Union for Progressive Judaism Biennial conference. I was surprised that the Progressive community was so large in that part of the world. Rabbi Dukhovny has told us of the 40 plus Progressive congregations in Ukraine alone with some 200,000 congregants. Rabbi Dukhovny described the situation in Ukraine as like “David and Goliath. We will show that we are one. One nation of God”.

Back in 2015 at the conference with these 5 lovely Rabbis from the FSU, we had the most amazing and interactive time. I spent an evening out with them at a restaurant in Rio. They are the most friendly, personal, fun-loving people who are so genuine in their Judaism and a blessing to our movement. I have a wonderful memory of celebrating Havdalah on Copacabana Beach with so many of our fellow Progressive Jewish conference friends from all parts of the world, including those from the FSU.

It was reported in Israeli media that Rabbi Julia Gris and her 19-year-old daughter walked 30 kilometres lugging suitcases and her 2 cats to Poland. She has since lit Shabbat candles and performed services in Warsaw and through an online service to her scattered congregation in Moldova, Romania, and Israel. She said, “There were so many stories, so much crying and so much pain, for those who are here and even more so for those still in Ukraine”.

So, the fleeing of so many Jews lays bare the deceitfulness and the lying of the Russian regime claiming to be “De nazifying” while brutalizing a country with one of the largest Jewish populations and led by a brave and heroic Jewish President Zelensky.

I IMPLORE YOU TO DONATE TO THE UKRAINE CRISIS FUND THROUGH THE UIA PROGRESSIVE APPEAL HELPING THE WUPJ AND RABBI BERGMAN TO BRING ASSISTANCE AND SUPPORT TO THE PROGRESSIVE JEWISH COMMUNITY OF THE UKRAINE.

Rabbi Alexander Dukhovny sent this video about fighting the evil of Russia and trying to protect Progressive Jewish values in Ukraine. He said this is being done, as “the children of G-d fighting for our life and democracy”. He has implored us to donate generously to the WUPJ Ukraine Crisis Fund, through the Progressive Appeal here in Australia.

ARZA AUSTRALIA, the UPJ and PJV have joined together in support of the PROGRESSIVE APPEAL FOR THE UKRAINE CRISIS FUND. PLEASE DONATE GENEROUSLY.

It has been reported on CNN that Russian forces are shooting civilians despite the false claims to the contrary by the Russian leader.

Meanwhile, the World Union for Progressive Judaism, the Jewish Agency and KKL, the Jewish National Fund, are working enormously hard to bring the Jews of Ukraine to Israel, with teams at border checkpoints to assist refugees. Essentials are also being transported to Ukraine check points and refugee camps. The Jewish Agency reports that thousands are expected to make Aliyah from Ukraine. It is estimated that 1.5 million refugees have fled Ukraine. This could be the tip of the iceberg.

There are reports that the United States is working to provide fighter airpower to Ukraine through Poland. We hope this comes to fruition. Australia is also sending much-needed provisions and defence support to Ukraine.

Today I received a message from Israel with a quote from Natan Sharansky (with his permission) I would like to bring to you because it is so poignant. He said, “Growing up in Ukraine some 70 years ago if “Jewish” was written in your ID, you knew you were in trouble, not only when applying to university… 75 years later, it is completely the opposite… people are trying to find any remote connection – knowing that belonging to the Jewish people means hope, a future (and) a passport to freedom”.

Finally, Rabbi Gary Robuck gave special recognition to the Jewish President of Ukraine in his drash at TBI this week. In referring to President Zelensky he commented that he thought the many pictures taken of him made him “more relatable, more commanding, more presidential. President Zelensky’s defiant words have awakened the soul of Europe, lifted the spirits, bolstered the courage and quelled the concerns of his people while at the same time, rallying international support for his besieged country and defending democracy”. Rabbi Gary Robuck, March 5, 2022.