Would you believe it? More Progressive and Conservative Jews in Israel than Haredis

Previous Next
Would you believe it? More Progressive and Conservative Jews in Israel than Haredis

Eight percent of Israeli Jews define themselves as Conservative or Reform Jews compared to just seven percent of Israelis who define themselves as “Haredi” (ultra-Orthodox). Amazing? I think it is quite amazing, should one consider the never-ending discussion of Haredi power and growing population and the very little regard given to the liberal streams of Judaism within Israel. 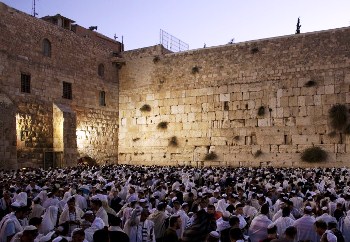 But commentary and amazement aside, the data is what counts here, and this data was found buried deep within the vast survey of the Guttman Center – a survey about which I wrote here several weeks ago.

However, you won’t find this data in the final Guttman report.  This report divides Israelis by more common categories of “Haredi” (ultra-Orthodox, 7%), “religious” (15%), “traditional” (32%), “secular” (43%) and “anti-religious secular” (3%). Another question that does appear in the report and that was released to the public, examines Israelis’ practical adherence to tradition. 14 percent say they observe tradition “meticulously”, 26 percent observe the Jewish tradition “to a great extent”, 44 percent “to some extent” and 16 percent “not at all”.

A majority of Israelis (61 percent), we read in the report, “agree that the Conservative and Reform movements should have equal status with the Orthodox in Israel”. We also read that “most Israeli Jews (69 percent) have never attended a prayer service or religious ceremony in a Reform or Conservative synagogue”.

An interesting way of phrasing this finding: Does this mean that more than 30 percent of Israelis did attend a service in a liberal congregation? That is not an insignificant number, and it is indeed the number one can find by opening the full SPSS file of survey data that is now available online.

The question is narrowly tailored: “Did you ever attend/did not attend a service or a religious ceremony in a Conservative or Reform synagogue?” – and the response reflects both the low number (or low level of commitment) of people frequently attending the liberal places of prayer and also the surprisingly high number of Israelis that were exposed to services in such places.

The much more interesting finding though is the one related to self-definition of Israelis – the one I mentioned in the opening sentence of this article. Question number 157, the answers to which were not included in the Guttman report, asked: “How would you define yourself religiously?” and the options were: Haredi, Haredi-Leumi (Zionist ultra-Orthodox), Dati-Leumi (Zionist-Orthodox), Conservative, Reform, Other, Do not belong to any stream.

Half of Israelis (50 percent) do not belong to any stream. These are the more than 40 percent of the self-defined “secular” and probably some “traditional” Israelis as well. The surprising number is the combined number of “liberal” religious Israelis: 8 percent. Take a look:

Intrigued by the numbers, I called Prof. Tamar Hermann, the academic supervisor of the Guttman Center (I interviewed Hermann about the survey two weeks ago, you can read it here). She told me two things. One – be careful with jumping to overreaching conclusions based on this very thin data. We need to ask more questions before we really understand what this means, she said. Two – Hermann believes that many of the Israelis who defined themselves as “Conservative” and “Reform” were really “Israelis with strong religious sense that do not see themselves identifying with the Orthodox establishment”.

I asked Hermann to send me the data for the same question from the Guttman survey of 1999 (it is not available on the web) and she kindly agreed. For some reason, the phrasing of the 1999 question was somewhat different, and that is always a reason for caution: “Do you see yourself as belonging to any stream of Judaism – which one?” was the question. The options given were also somewhat different: “non-Zionist Haredi”, “Zionist-Haredi”, “Zionist-religious”, “Conservative”, “Reform”, “no stream”. 70 percent of 1999 respondents didn’t identify with any of the streams (compared to the 50 percent of 2009), and the combined percentage for Conservative and Reform was smaller: 5 percent (compared to 8 percent in 2009). This might be a result of the different way the question was asked, but it might also reflect a surge in the sense of Reform and Conservative belonging.

Leaving the numbers aside for a moment, here are some possible conclusions and speculations that can be entertained in light of this new data:

1. If you’re one of those panicked over the strengthening of the Israeli Haredi community, you might want to reconsider.

2. If you’re a Conservative or a Reform leader, tired of hearing that these streams have no way of succeeding in Israel – here’s your window of opportunity, opened wide.

4. The old formula of dividing Israelis into “religious” and “secular” with some “traditionalists” in the middle is losing relevance. There’s a center of moderates. An important silent center of moderates that needs to be heard. Variations are many, but old clichés are hard to die.