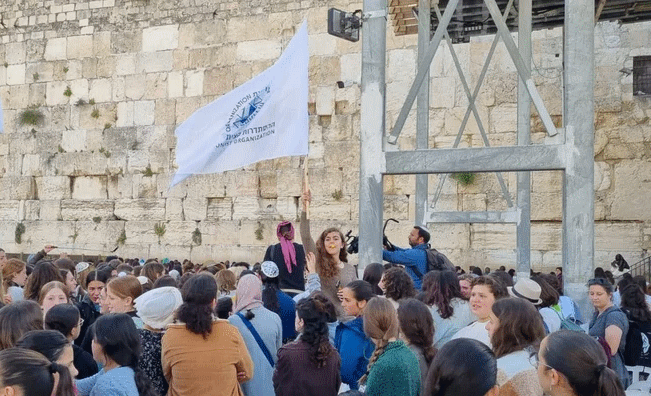 The Progressive/Reform Jewish world was shocked and distressed to see young Ultra-Orthodox women who were brought to the Kotel last Rosh Chodesh on buses branded with the logo of the World Zionist Organisation, violently attack women who had gathered to pray.

Australian and British Jewish leaders expressed their distress at the role played by the World Zionist Organization in these attacks last week. Additionally, a large number of Jewish Federation leaders across the United States called an emergency conference with WZO Chairman Yaakov Hagoel seeking an explanation.

Concern has been raised that WZO Chairman Yakov Hagoel is also acting chairman of the Jewish Agency. The particular concern is because it was the Jewish Agency that spearheaded the Kotel deal to stop the very attacks against Women of the Wall that have now occurred.

While it is accepted that the WZO represents many different religious and political parties and movements, the Jewish Agency on the other hand is meant to be a non-partisan organisation set up for the benefit of the Jewish people.

Response by the World Zionist Organization Chairman and Executive

In response to the outrage expressed both within Israel and the Diaspora over the involvement of WZO departments in the Kotel attack, the WZO Executive met and subsequently published the following adopted resolution.

“The World Zionist Organization strongly condemns the conduct displayed at the event held at the Western Wall on Monday, Rosh Chodesh Iyar, in collaboration with the Liba Center while using WZO symbols. This behaviour does not represent the WZO’s fundamental values and runs completely against the ethos and ethics of the Zionist movement which is committed to pluralism and mutual respect between all streams of Judaism.”

“The World Zionist Organization shall not partner, either directly or indirectly, with organizations whose values, goals and/or activities showcase any aspects that demonstrate contempt, harassment, violence, and/or harm to the legitimacy of members and/or entities of the Zionist movement.”

“If any member of the Cooperation Committee wishes to propose a partnership with an entity which demonstrates any of the above conduct, this partnership shall not be approved. Management members may submit their suggestions for discussion at management meetings, yet only the Management is authorized to make decisions on this matter.”