Religious Liberals: On the Way Down?

Previous Next
Religious Liberals: On the Way Down?

A recent report in the Australian Jewish News (“Rabbis Urge Compassion,” 24 November) concerned a meeting of the Council of Progressive Rabbis and the Council of Masorti Rabbis in Australia. 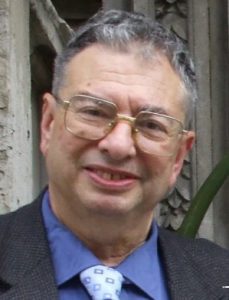 The meeting’s aim was to set out an ultra-liberal political agenda which its participants advocated and endorsed. Specifically mentioned were Manus Island, where “Australia’s current approach to asylum seekers lacks … compassion, decency, and humanity.” On fossil fuels, the meeting opposed the Carmichael Mine in Queensland, “because of the devastating effect that the resulting carbon emissions will have,” and “endorsed the Yes outcome of the same-sex marriage survey,” urging Parliament to adopt new marriage legislation “without undermining current anti-discrimination law.”

My aim in this post is to set out some of the consequences which may result from the sharp move to the political left by the Progressive movement and Masorti. It is striking that the agenda they endorse closely parallels that of the Green Party of Australia, and is sharply to the left of both the Coalition and the ALP. At the 2016 federal election, the Greens received 10.2 per cent of the total primary vote, and probably no more than one-half of that among Australian Jewish voters. All of the (admittedly limited) survey research about Australian Jewish voting trends suggests that a majority vote for the Coalition, in a way similar to British Jews, who strongly support the Tories, and Israelis, who have generally elected right-wing governments since 1977, but clearly unlike Jews in the United States, where 75-80 per cent normally vote for the Democrats.

These Progressive and Masorti Jews are thus, it seems, clearly out of step with the majority of Australian Jews and, quite possibly, with a majority of their members. (The late Chaim Bermant cleverly noted that most Orthodox Jews are to the political left of their rabbis, while most Reform Jews are to the political right of their rabbis.) For the Progressives ̶ Masorti did not exist here before the 1990s ̶ this also represents a considerable difference from the situation thirty years ago, when their rabbis generally took no stance on any controversial political issue, and certainly not an activist left-wing stance. This move to the left also echoes the recent situation at the JCCV.

As to the specific issues the meeting has endorsed, it is not my aim to comment on them at length, but I might point out, concerning carbon emissions, that Australia contributes precisely 1.24 per cent of the world’s CO2 emissions, compared with 30 per cent by China, 14 per cent by the United States, 10 per cent by the EU states, and 7 per cent by India. Even if Australia cut its CO2 emissions in half, this would have only a microscopic effect on the world’s pollution. Concerning Manus, it was reopened in 2012 by the ALP government, which realised the utter folly of its previous open door boats policy. Among the 1837 asylum seekers on Manus, 35 per cent were found not to be refugees at all, with 624 being returned to their country of origin between 2013 and 2017. Nearly all of those remaining have yet to have their cases adjudicated.

My central aim in this post is to highlight the apparent similarities between the evolving situation among Progressive/Masorti Jews here and that of liberal Protestant denominations in the United States and elsewhere. Self-evidently, there are vast differences between the two groups, but there may well be many similarities. In America and elsewhere, many mainstream Protestant denominations have become little more than left-wing activist groups, advocating every and any current nostrum of the secular left as a matter of course. (Nearly all of these churches, it should be noted, are also haters of Israel, to the extent that many Jewish groups regard them as anti-semitic.) Among these denominations are the Presbyterian Church USA, the United Church of Christ, and the United Church of Canada. For instance, the United Church of Christ “has been active in numerous traditionally social liberal causes, including support for abortion rights, the United Farm Workers, and the Wilmington Ten” (Wikipedia). Its ministers “can solemnize same-sex unions,” and the church issued an Apology to Native Hawaiians for the takeover of Hawaii by the United States in 1898.

Every one of these liberal denominations has experienced a catastrophic and continuing decline in its membership during the past few decades, such that many observers believe that those denominations will disappear within a generation. To their credit, these groups keep and publish meticulous membership statistics, which show just how staggering their loss of membership has been. To take one example, membership in the Presbyterian Church USA stood at 3,101,000 in 1980, but then 2,525,000 in 2000; 2,016,000 in 2010; and only 1,483,000 in 2016, a decline of 46 per cent in a generation. It lost 17 per cent of its total membership in only three years, 2014-16 (Wikipedia). The decline among the other liberal denominations has been similar. The more these churches jump on any loony left bandwagon that rolls along, the emptier its pews become. In contrast, fundamentalist Protestant sects have continued to grow.

Are there likely parallels here with the Jewish community in Australia and abroad? It is clear that the one component of world Jewry which is growing most rapidly are the Charedi Jews, whose numbers have increased almost astronomically since the 1960s. It is less clear that liberal Jewish denominations have declined. There are no accurate membership statistics readily available for any component of Australian Jewry, who are notably cagey (i.e. secretive) about their membership numbers. The situation of the non-Orthodox groups here and that of liberal Protestants in America are also very different from each other.

The Progressives are the default stream for most converts and intermarried Jews, while many members continue to belong in order to attend High Holy Day services. It will, however, be very interesting to see the effects which the many and very visible same sex marriages that will certainly be held by these synagogues in the near future will have on the membership of traditional families, or on the number of bar mitzvot and normal weddings. I do not have a crystal ball, but my guess is that this will lead to an exodus of many members; indeed, my information is that this is happening already. It is also notable that there is an unfilled niche market for Jews who are religiously liberal but socially conservative. There are interesting times ahead.

Professor Bill Rubinstein held chairs in history at Deakin University and at the University of Wales.

Click the following links to read the responses of Rabbi Jeffrey Kamins http://www.jwire.com.au/disagreeing-with-bill-rubinstein/