Previous Next
Chanukah Greetings from ARZA 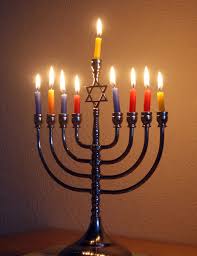 As we celebrate the second night of Chanukah, the Festival of Light and the miracle of the oil that lasted for eight days in the re-dedication of the Temple, we might well reflect on what dedication means.

The Maccabim created and led a movement to re-establish a set of values that had been attacked by an external force and further eroded by the acceptance of other cultural and religious values within the community.

The initial group of Maccabim was a small group of people who were dedicated to achieving change. Their hard-fought successes then inspired others to join their cause and eventually to create a large and victorious force.

Although the values that we in ARZA pursue are not the same as those of the Maccabim we do share a similar passion, namely to free Israel and the Jewish people from the imposition of unfair and discriminatory rule.

At this time in Israel Progressive Judaism is a minority, even though it is this stream of Judaism that represents the values and beliefs of the majority of Jews there, and around the world. The leaders of the Progressive movement, including Rabbi Gilad Kariv and Anat Hoffman continue to fight for freedom and democracy, in the courts, in the Knesset and in the community.

At this time of honouring the dedication of those in the past let us also honour the heroes of today who are working tirelessly to ensure that Israel is the democratic and inclusive society that we pray for.