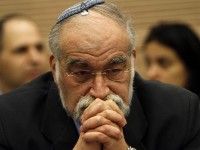 After MK David Rotem’s disparaging remarks about Reform Jews brought about a media backlash, the Israel Movement for Progressive Judaism and the Union for Reform Judaism were pleased to receive and accept his formal apology. URJ President Rabbi Rick Jacobs welcomed the apology and said that he hopes that we can now all “work together to ensure that Israel and its laws represent the full spectrum of Jewry”.