Is the Electoral System in Israel broken?

Previous Next
Is the Electoral System in Israel broken? 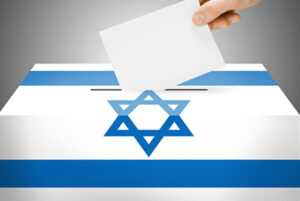 With the 4th Israeli election since April 2019 fast approaching there is now, sadly, talk of the need for a 5th election in August. One would have to question why and wonder if the electoral system in Israel is broken?

Here in Australia we have been spoilt with expert political commentators and speakers from Israel and the United States. In particular, the Australian Progressive Movement brought us Amir Tibon from Ha’aretz as part of the launch of the Progressive Appeal.

Other organisations such as the Australian Zionist Federation, Gusti Braverman from the World Zionist Organization,  and AIJAC have also introduced us to some fascinating individuals. These have included the leader of the Israeli Labor Party, Mirav Michaeli, correspondents Tali Schneider, Danielle Pletka and others. This is aside from those Australian leaders in our Jewish community who are also expressing their views.

The general view amongst the experts seems to be that there are two main voting blocs in Israel. Those with loyalty to Netanyahu including Likud and the religious parties on the one hand and the right wing, secular and left wing parties on the other. If either bloc manages to win a majority of Knesset seats, (61 seats) there is no guarantee that they will be able to form a Coalition to govern. This means it is also unknown at this stage who could be Prime Minister…..Netanyahu, Sa’ar, Bennett, Gantz, Lapid or someone yet to be identified?

According to the commentators, it is also clear that the Ultra Orthodox will only support the party which will give them a weakened Supreme Court; this is thought to be Likud under Netanyahu. This is because the Supreme Court has just delivered a decision to recognise non-Orthodox Israeli conversion. To the Ultra-Orthodox this and other pluralist and equality based decisions reduces their power.

Australians used to our electoral system must find the Israeli system puzzling. There is only one house in the Knesset, no upper houses to provide what Australians consider to be a check and/or balance. There are no electorates, so each member of the Knesset is first and only a member of a party, not representing a community of people in a geographic area, just a community based on maybe religious belief, philosophical belief or power.

The voting system is Proportional Representation. Successful parties merely have to achieve a percentage of votes to reach the threshold for a Knesset seat. The votes for an unsuccessful party are therefore lost. Voters are not given the option of preferences as they are in Australia.

An interesting conclusion for the Progressive Movement is that if the Netanyahu bloc is not successful, the government of Israel would not include the Ultra- Orthodox. This means that with the non-Orthdox community gaining strength and more Israelis finding Progressive/Reform, Conservative more appealing, much could be achieved through the Knesset, without relying on the Supreme Court.