Message from Jeremy Leibler, President of the Zionist Federation of Australia to ARZA Australia 2021

It is with great pleasure that I extend warm greetings on behalf of the Zionist Federation of Australia to ARZA Australia on the occasion of its 2021 Annual General Meeting.

The COVID-19 pandemic and continued lockdowns in Victoria and NSW certainly had an enormous impact on all of our activities. After 73 years, Israel’s very right to exist is still questioned and, apart from the global pandemic, the threat of terrorism in Israel remains real and constant. The conflict with Hamas terrorists in Gaza in May presented challenges both on the ground in Israel, and for Jewish communities around Australia with increased antisemitism and threats to the local Jewish community. It was encouraging to see the community come together for solidarity rallies, to demonstrate that members of the Australian Jewish community desire peace between Israel and its neighbours.

Locally, Jewish communities around Australia face a number of challenges, but we nevertheless continue in our efforts to nurture and cultivate a sense of being Jewish that celebrates our rich traditions and proud values, and that will inspire and sustain future generations of Jewish Australians. Despite ideological differences across the community, there is clear consensus on many important issues, including our absolute commitment to Israel as a Jewish and democratic state, the need to advocate for and ensure religious equality in Israel, and to oppose discrimination against minorities. The ZFA has worked hard to ensure that all streams of Judaism have a place around the table, and we will continue to express our views on issues to the Israeli government to ensure that all Jews feel at home at religious spaces in Israel too.

The worrying increase in terrorism around the world – including in Australia – has reinforced the need for the Australian Government and major institutions, such as universities, to adopt the IHRA working definition of antisemitism. That antisemitic incidents spike during periods of Israeli–Palestinian confrontation shows that much more education is needed about what constitutes legitimate criticism of Israel and what constitutes racist attitudes about Israel. The working definition is a tool to provide that education, and the ZFA was pleased when the Prime Minister announced last month that Australia would be adopting the definition.

I wish to acknowledge the close cooperation between the ZFA and ARZA on a number of issues relating to the local Jewish community and Israel and I look forward to continuing the close and productive relationship between our two organisations. I congratulate President Helen Shardey and her executive on another successful year in office and for your efforts in representing the voice of Progressive Zionism in Australia. Let us hope that the coming year will bring health, peace and happiness to the Jewish people and all of humanity. 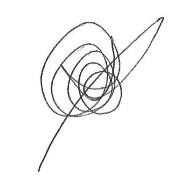