Three Weddings and a Statement

Previous Next
Three Weddings and a Statement 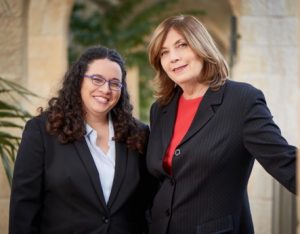 Yesterday more than 1500 people joined together with us at Temple Emanuel in New York City to celebrate the love of three Israeli couples denied the right to marry in their own way in their own country. One was denied for being a same sex union, one for being a reform convert, and another for having the conviction to say no to the ultra-Orthodox monopoly on marriage in Israel.

The couples’ vows express the importance and meaning of this event more eloquently than we can.

Ori Berwald Shaer said: “I know that in 40 or 50 years, we will tell our grandkids that back in our day, it wasn’t so easy to be us. How we had to get on a plane and come here to be ourselves. But why? I have no idea. I love you and I love tradition and I refuse to choose between the two.”

Gali Geberovich said: “The moment we decided to get married, we knew it wouldn’t be a regular process. As a couple, we insist on having a respectful and equal relationship. We could not accept the idea of getting married through Israel’s Chief Rabbinate. We refused to have a Chuppah ceremony that would not reflect our core values and beliefs, and was harmful to the basic idea of gender equality. Moreover, we decided that we don’t want any connection to an institution that does not respect the rights of other loving couples to get married in their own state.”

This day was so much more than a beautiful event celebrating the love of three wonderful couples. It was a statement of our resolve to give these young Israelis, and hundreds of thousands like them, the right to love who they choose how they choose.
We want to thank Elizabetha Komkov and Valentine Boldovskiy, Alona Livneh and Ori Berwald Shaer, Gali Geberovich and Alon Sela and wish them years and years of happiness. We also want to thank our gracious hosts and partners at Temple Emanu-El.

Watch the video on the link below