Russian Jews Will Not Be Held Hostage

Previous Next
Russian Jews Will Not Be Held Hostage 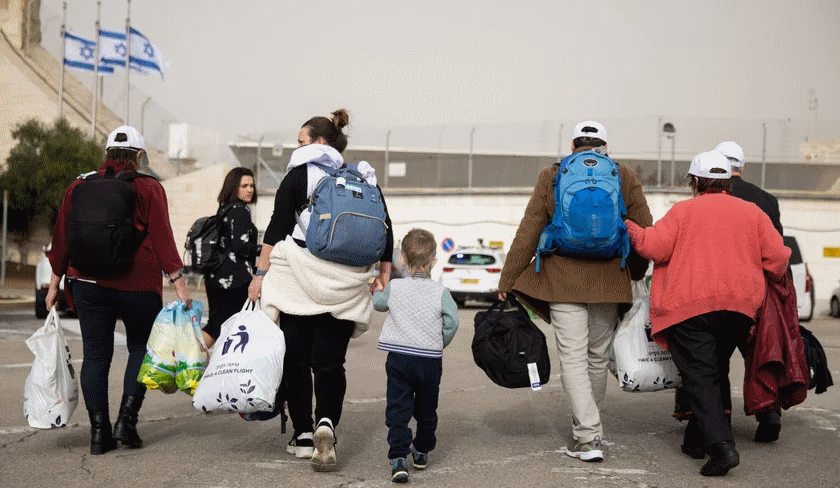 While Israel has treaded carefully in relation to the Russian invasion of Ukraine, Moscow seems determined to punish the one country offering a place of safety to Ukrainian and Russian Jews, those lining up to make Aliyah.

Russian authorities have taken legal steps to shut down the Moscow operation of the Jewish Agency, responsible for this Aliyah. This has caused the Israeli government to rail against such action with the Minister for Diaspora Affairs, Nachman Shai saying “Russian Jews will not be held hostage by the war in Ukraine. The attempt to punish the Jewish Agency for Israel’s stance on the war is deplorable and offensive”.

Israeli government authorities are working hard to cooperate with their Russian counterparts as they have for many decades and will not be acceding to the difficult demands being made.

The Jewish Agency is the unofficial arm of the Israeli government responsible for dealing with the immigration process, which has seen roughly 12,000 Russian citizens migrating to Israel since the Russian invasion of Ukraine started in February.

This big upsurge of migration from Russia, the country starting the war with Ukraine has been surprising. The rationale seems to be, according to commentators, that the Russian regime is looking more totalitarian. So, the history of Jewish persecution in Russia could be a driving force toward Aliyah to Israel.

On another note, following the disgraceful and violent behaviour of young ultra-Orthodox Jews at the Kotel, we now see a report of Haredi young men in Jerusalem fighting to block the construction of a light rail. The altercation seems not only to seek the closing of a street on Shabbat, but the closure every day of the week to the passage of the light rail train.

The strange thing about the argument seems to be that the surrounding Haredi community welcomes the train as something that will improve their lives. According to reports, those who are vehemently opposing it are said to be the extremist Edah Haredit who are convinced the light rail is part of a bigger plot to change the character of the orthodox area. The protests have involved demonstrations, countless acts of sabotage of equipment and infrastructure such as fencing and bulldozers and the harassment of workers and security. This has all led to several arrests, particularly of Yeshiva boys.

One wonders what these young men are being taught in relation to civil and respectful behaviour and acceptance of the rights of others in Israeli society.