Previous Next
Issues of Gender Segregation Evolving in Israel 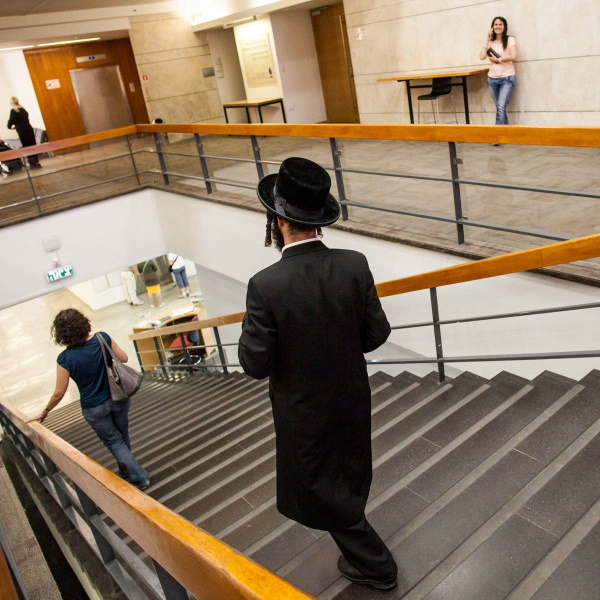 Progressive Jews have long supported pluralism and equality in society. We value and tolerate a diversity of people with differing levels of belief and practice and differing gender identity.

Sadly it has been reported in Israeli media that the student union of Hebrew University, which was founded “to enable Jewish intellectuals to flourish and to free them from the burden of numerous Clausus” or limits to attend, decided to allow gender segregation at its events. Apparently the university moved to clarify that such segregation would only happen off campus, but this has not calmed the grave concerns.

It was also reported that there is a war being waged in relation to gender segregation in Israeli academia. It was explained by Haaretz that the intention was to bring more ultra-Orthodox Jews and Haredim into academia, but the feared result is likely to be a disaster if extremists try to push women out of public positions. Finally however, the High Court ruled yesterday that although separate gender classes are allowed, female faculty members will not be barred from teaching in all male classes and that the policy prescribing this should be repealed immediately.

The Court also determined that outside the classroom “genders must be allowed to mix freely in all other public areas of the campus”. Further the Council for Higher Education will “have to abandon its plan for single-sex classes in master’s degree programs”.

And so the work of the Israeli High Court continues to recognise the changing views of the Israeli community which supported the election of a New National Unity Government with pleasingly more Progressive views.