Previous Next
Eight major victories for non-Orthodox Judaism in 2014

Despite a few setbacks, this year showed signs of growing, though at times begrudging, acceptance of Israel’s Reform and Conservative movements.

This was the year that saw the Israeli government push forward legislation that would have couples married outside the Orthodox-run Chief Rabbinate face two-year prison terms. This was also the year that saw a group composed mostly of Conservative movement rabbinical students banned from holding a service in the Knesset synagogue. And it was the year that saw a leading parliamentarian – David Rotem, head of the Knesset Constitution, Law and Justice Committee – refer to the Reform movement as “another religion” and “not Jewish.”

Despite these setbacks, 2014 also saw some key victories for the non-Orthodox movements in Israel – signs of growing, though at times begrudging, acceptance of them by the establishment. Here are the top eight:

State-funded rabbinical salaries: Following an eight-year legal battle, the state for the first time began paying salaries to rabbis representing the non-Orthodox movements. At this point, these salaries are paid only to rabbis serving in congregations within the purview of outlying, regional councils, rather than in major cities. This year, state salaries were paid to Reform rabbis working under the auspices of four regional councils: Gezer, Mateh Yehuda, Misgav and Hevel Ayalot. Unlike Reform rabbis, Conservative rabbis do not drive on Shabbat, and none of them live in, and are thus able to serve in congregations in such outlying areas.

But that is all about to change. Starting in 2015, the Conservative movement plans to appoint three rabbis to congregations in such locales and to apply for state funding for them.

2. Presidential recognition: In his first few and very hectic months in office, Israel’s new president, Reuven Rivlin, took the time to meet with North American leaders of both the Conservative and Reform movements. These events might not have been noteworthy, were it not for the fact that 15 years ago, the former Likud parliamentarian and Knesset speaker had referred to Reform Judaism as “idol worship and not Judaism.” In his meeting with the Reform leaders, Rivlin made amends, assuring his guests that “we are all one family.”

3. Tiny Torah trick: For two months in a row, Women of the Wall – the multi-denominational feminist group – were able to realize a 25-year-old dream of reading from a Torah scroll at the women’s section of the Western Wall. It took a bit of guile, though. Until now, all attempts by the women’s prayer group to read from a scroll at the holy site have been foiled by the Orthodox-run Western Wall Heritage Foundation, which has imposed a ban on this practice. Large Torah scrolls “smuggled in” in duffel bags on various occasions were easily detected by security guards at the entrance to the site and confiscated. So this time around, the women tried something different: They snuck in a tiny Torah. The 200-year-old scroll, measuring just 28 centimeters in length but deemed perfectly kosher, was donated specifically for this purpose by a couple from London. 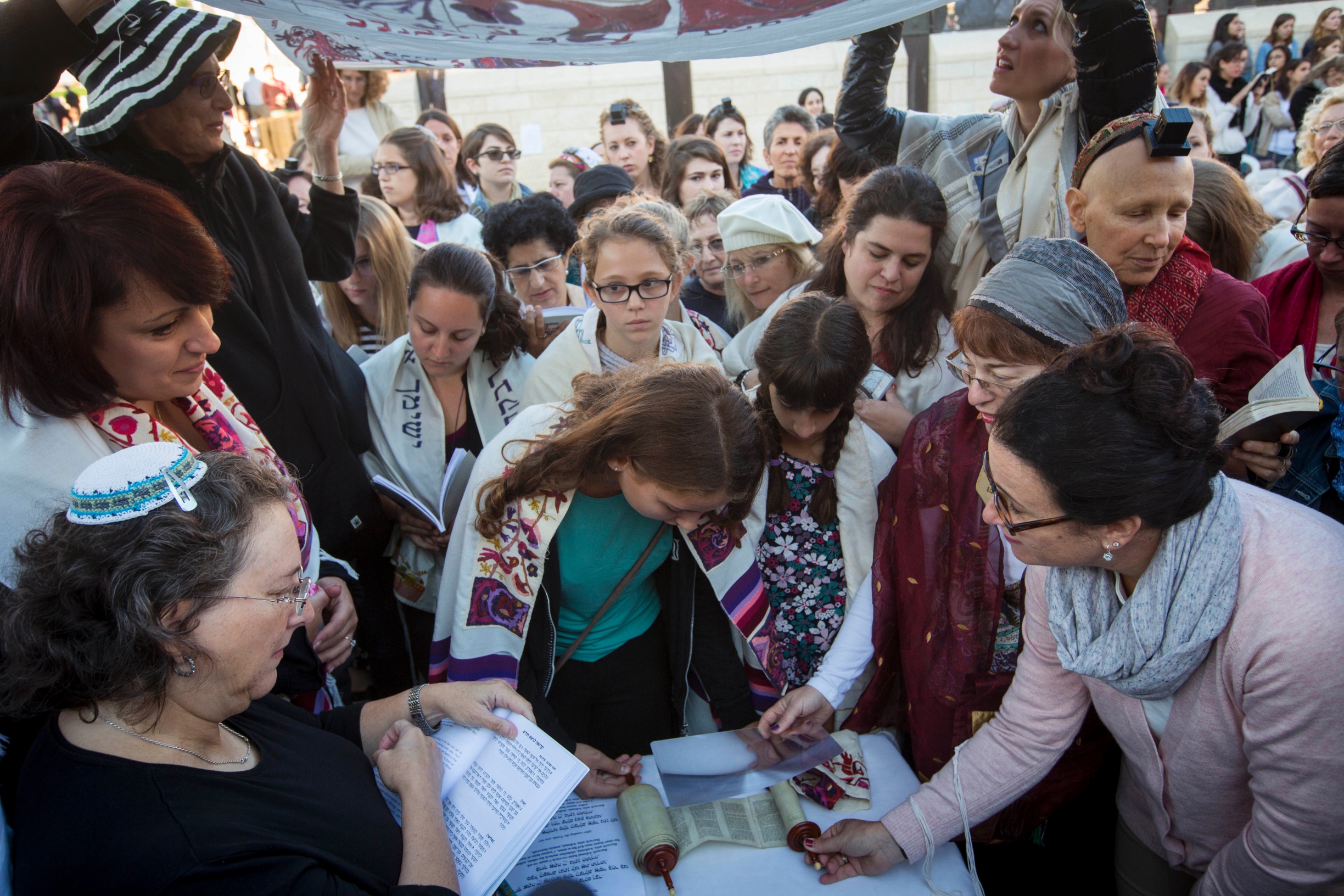 4. First gay Conservative rabbi: Israel’s Conservative-Masorti movement got its first openly gay congregational rabbi this year, when Mikie Goldstein was installed as spiritual leader of Congregation Adat Shalom-Emanuel in Rehovot. The ordination of gays rabbis has long been a divisive issue among Conservative Jews, and it was only two years ago that the Schechter Institute of Jewish Studies, which is affiliated with the movement, began admitting gay and lesbian students. Born in Liverpool, Goldstein belonged to the national-religious Bnei Akiva youth movement before moving to Israel in 1989. He has been married for the past 20 years to Isi Yanouka, a veteran diplomat who today is Israel’s ambassador to the Ivory Coast. Asked to comment on his appointment, Goldstein said that being gay was simply “not an issue.”

5. Staking a claim in the Negev: The Reform movement this year opened its first congregation in Be’er Sheva, the capital of the Negev. It’s a city where the Conservative-Masorti movement has long had a presence and one that is expected to take off in terms of population growth, as the Israel Defense Forces moves its headquarters down there. Hoping to build on the momentum of Jewish revivalism sweeping the country, the Reform movement launched a major expansion campaign five years ago. Since then, 17 new congregations have been founded with its support, including two that specifically serve Russian speakers.

6. State funding for youth movement: Noam, the youth movement affiliated with Conservative Judaism, for the first time ever year received state funding this year, through the Ministry of Education. One of the smaller youth movements in the country, Noam has been active here for 30 years. Until now, however, it was never eligible for state funding since it did not have the critical mass of participants required to qualify. With 20 branches around Israel, Noam boasts more than 2,000 members today.

7. Easier recognition for overseas conversions: Under orders from the Supreme Court, the Ministry of Interior published for the first time this year a list of criteria for recognizing conversions performed abroad. The idea was to remove some of the major hurdles facing converts interested in moving to Israel and in applying for citizenship under the Law of Return. Until now, these converts would find themselves at the mercy of low-level Interior Ministry bureaucrats, who tended to make their rulings on a case-by-case basis. Since most conversions abroad are performed by the Conservative and Reform movements, they stand to be the main beneficiaries of these new regulations that spell out exactly what needs to be done and when, leaving little room for personal discretion.

8. Talmud lesson from female rabbi: Judith Hauptman, a Conservative rabbi and feminist, became the first guest lecturer from abroad to address the Knesset’s weekly religious study session this year. The first woman ever to earn a doctorate in Talmudic studies, Hauptman was ordained in 2003 and serves as a professor at the Jewish Theological Seminary in New York. She was not the first female rabbi to address this forum, however: Paving the way was Naamah Kelman, the American-born Reform rabbi who serves today as dean of Hebrew Union College in Jerusalem.

For many years, the key issues dominating the agenda of non-Orthodox movements in Israel have been changing the laws that regulate marriage and that regulate conversions. Both involve breaking the stranglehold of the Orthodox-run Rabbinate on matters of religion and state in the country. Whether the movements make progress in the coming year will depend, to a large extent, on what parties eventually make up the government formed after the March 17 election.

Another important issue for both the Conservative and Reform movements, which could be determined in the coming year, concerns regulations related to prayer at the Western Wall. Both Conservative and Reform leaders have been involved in discussions about a proposal for a new egalitarian prayer space near the existing gender-segregated areas. To date, however, no agreement has been reached with the Orthodox establishment about how this space will look.