When worshippers arrive for Friday-night services at Israel’s newest Reform congregation, they don’t greet one another in Hebrew. Not in English either, as they would in some of the more established Reform congregations founded by Anglophone immigrants around the country.

At this brand-new congregation in Tel Aviv suburb Ramat Gan, Russian rules. Not only is it the mother tongue of every single worshipper showing up for services, it’s the language in which many of the prayers are recited and the rabbi’s sermon is delivered.

Set up specifically to serve Russian speakers, the congregation doesn’t yet have a name, but it already has a core of 35 members who attend the traditional Kabbalat Shabbat prayer service every other Friday night.

And it’s not the first to target this particular audience. Four years ago, Shirat Hayam-Carmel in Haifa paved the way, and plans are on tap to set up similar congregations in two other cities with large Russian-speaking enclaves: Be’er Sheva and Ashdod.

“Reaching out to this community is a key strategy for us in the coming years,” says Rabbi Gilad Kariv, executive director of the Reform movement in Israel.

To be sure, it’s not a mass movement. Gregory Kotler, the rabbi of both congregations, estimates that several hundred members of this community “at some level or another” have been brought into the fold in recent years. But like Kariv, he believes the potential goes way beyond that.

To outsiders, it would appear to be an anomaly. After all, how does a Jewish religious movement that made its way to Israel via America end up appealing to immigrants with roots in the atheistic Soviet Union? 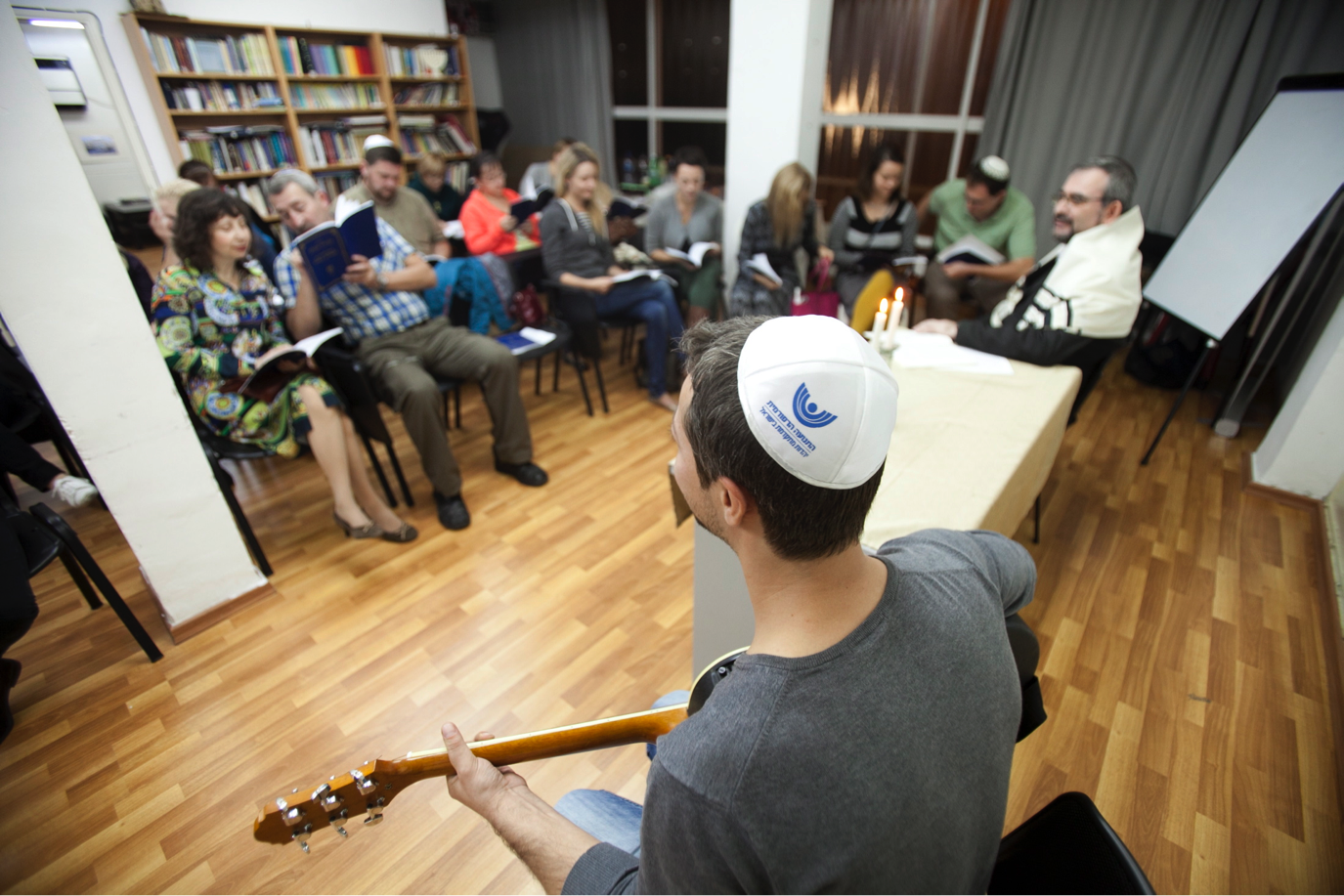 But followers of this budding love affair argue that the Reform movement and Russian Jewry are a natural fit, and that the timing couldn’t be more perfect. As Reform Judaism in Israel is broadening its outreach efforts and seeking to tap into new segments of society, these Russian immigrants, whose religious credentials are often called into question by the Orthodox establishment, have been on the lookout for an alternative and welcoming Jewish home.

“When the immigrants from the former Soviet Union first began arriving in Israel in the 1990s, we thought that because of their secular background we would be the ones they came to. And we did try hard to reach out, but quickly a few things became clear,” Kariv recalls.

“First of all, like immigrants anywhere, they were very preoccupied in their first years in the country with their basic needs, like employment and housing, and they had no energy for things like Jewish identity. By now, we have a generation that’s been born here or been here since a very young age. They’ve integrated into Israeli society, and now they’re suddenly showing a lot of interest in their Jewish roots.”

All the way from Leningrad

A case in point is Marina Polinovsky, who immigrated to Israel in 1990 at age 9 from St. Petersburg — when it was still called Leningrad. An attorney completing her doctorate in law, she serves on the board of the Reform movement in Israel and was a founding member of Shirat Hayam-Carmel, which has about 50 full-time members.

Polinovsky traces her early interest in progressive Judaism to the years she spent studying at the Leo Baeck Education Center in Haifa, which is affiliated with the Reform movement. “It was the principles of pluralism and equality that attracted me,” she says. Not surprisingly, the president of the congregation, Limor Apt, is also a graduate of Leo Baeck.

Why not just join existing congregations rather than set up their own? Justifiably or not, Polinovsky explains, many Russia-speakers feel they are being judged by their Israeli-born counterparts, so they’re more comfortable in synagogue among their own.

“Many of us started out with no knowledge whatsoever of Judaism, so it’s easier for us to be with others from the same background,” she says. “We don’t want to have to worry then if we’re not bowing in the right place during the prayer service.” 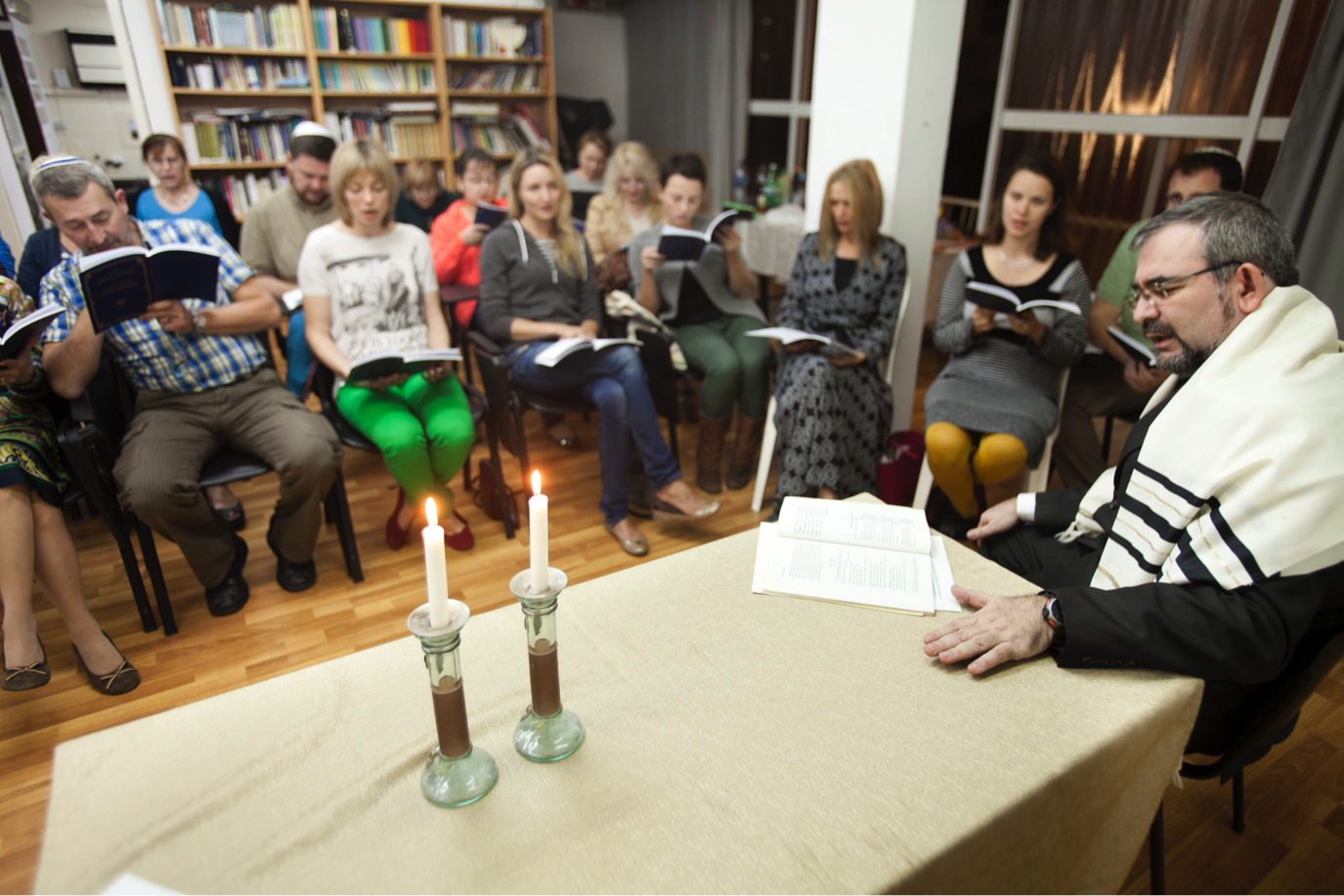 Another factor behind the growing popularity of Reform Judaism for Russian-speakers in Israel is the spread of the movement in the former Soviet Union – particularly its youth movement, Netzer. According to Kariv, the Reform movement is second only to Chabad in terms of its reach in the old country.

Kotler, who serves as director of the Israeli Reform movement’s outreach activities with the Russian-speaking community, was the first full-time Reform rabbi stationed in Moscow. Six Reform rabbis are currently active in the former Soviet Union — two in Moscow, one in St. Petersburg, one in Kiev, one in Odessa and one in Minsk.

“In recent years, we’ve seen many alumni of Netzer in the former Soviet Union moving to Israel, and they naturally want to join our congregations,” he notes. “These immigrants have grown up in a completely different reality than those who came 25 years ago and had no religious background whatsoever.”

More than a million immigrants from the former Soviet Union have come to Israel since the early 1990s, among them anywhere from 250,000 to 350,000 who are not defined as Jewish according to Jewish law because they don’t have a Jewish mother. They were able to immigrate under the Law of Return either because they had at least one Jewish grandparent or a Jewish spouse. For them in particular, the Reform movement, which doesn’t ask too many questions, seems a perfect fit.

The conversion issue
Many in this group have opted out of an Orthodox conversion because it would require them to adopt a religious lifestyle. Immigrants who undergo a Reform conversion in Israel are recognized as Jewish in the Population Registry but cannot marry in the country since the Orthodox establishment controls marriage law and does not recognize them as Jews.

Still, the Reform movement converts about 200 people a year in Israel, about 70 percent of them immigrants from the former Soviet Union. Along with the second-generation immigrants and the Netzer alumni, they account for the core of Israel’s new Russian-speaking Reform community.

A prime example is 33-year-old Svetlana (who requested that her last name not be used), a single mother of two who completed her conversion a little more than a year ago and is today the driving force behind the new Ramat Gan congregation. Born non-Jewish, she married an Israeli she had met in Russia and moved with him to Israel 14 years ago before getting divorced. At the time, Svetlana, who is training as an interior designer, had begun studying for an Orthodox conversion but gave up.

“By chance, I heard that it was a possible to have a Reform conversion in Israel, so I signed up,” she recounts. “It was like a ray of light for me because finally someone was willing to accept me.”

Katya, a woman she befriended at the Reform conversion classes, is also a regular at the new congregation.

Unlike Svetlana, Katya is a newcomer to Israel, having immigrated with her Russian-Jewish husband just over a year ago. She decided on a Reform, rather than Orthodox, conversion for two reasons.

Like Svetlana, she attends not only the weekly Shabbat services at the new synagogue but also takes part in other congregational events, classes and celebrations. “I may not have been born Jewish, but I’m certainly more Jewish than my husband today,” she says.

This article was published in Haaretz and written by Judy Maltz. 10 Dec 2014.