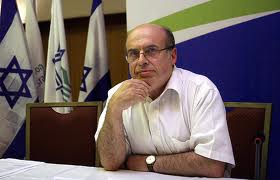 The Zionist General Council, held in early November in Jerusalem, concluded with favorable resolutions for the Arzenu-World Union coalition. With the WUPJ delegation working in close partnership with Arzenu activists from around the world, five resolutions were passed.

The following resolutions were submitted by the World Union-Arzenu-Meretz faction and passed by the council:  1. The Israeli Government will immediately provide full recognition and equitable support for all the major streams of Jewish practice.  2. To adopt the Sharanksy Kotel Proposal, which includes expanding the Western Wall site to contain a third – egalitarian  – prayer section with a common entrance for all three sections. This new section will be open to the public 24 hours a day, every day, free of charge. The Western Wall site will be managed jointly by representatives of all streams of Judaism.  3. To adopt an uncompromising campaign against racist violence, prosecution for public figures who incite racism, the implementation of educational programs on the topics of co-existence and tolerance, and the establishment of an inter-ministerial committee to fight racism.   4. To pass legislation which allows freedom of marriage and which recognizes religious marriage of all the streams, as well as civil marriage and divorce.  5. To show full transparency and public accountability for the WZO budgetary activities and ensure that all allocations and donations are in full accordance with the principles of the WZO’s mission and Zionist principles.

(Pictured: JAFI Chairman Natan Sharansky, who met with Progressive Rabbis and Women of the Wall supporters at the JAFI conference following the Zionist Council meetings.)