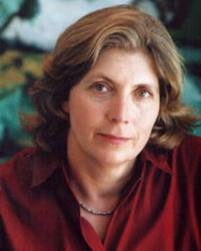 Anat Hoffman received the WRJ Jane Evans Pursuit of Justice Award from the Women of Reform Judaism at the URJ Biennial in San Diego this week. Click here to read her acceptance speech:

Read at the event by Noa Sattath

Anat lost her voice. Despite all the remedies and chicken soup suggested by many in this conference, she can’t speak. So here is a useful tip from her: if you’re destined to lose your voice sometime in the course of a 25 year struggle for equality, don’t lose it in the Knesset, don’t lose it in a prison cell, don’t lose it in the supreme court. Lose it when you’re approaching victory, lose it at the 2013 Biennial in San Diego.

After flying all over the US, hugging and kissing so many people, a virus succeeded in silencing me tonight. But what a divine coincidence to teach me and all of us that I can be silenced, but everyone here can speak for me.

Everyone here knows there is more than one way to be Jewish. No one here is willing to be ignored on the struggle for this right in Israel. None of us here are willing to give up on the vision of Israel’s declaration of independence as a state that ensures, “complete equality of social and political rights irrespective of religion, race, or sex.”

The video you just saw showed you the highlights of the struggle for equality at the Western Wall.

Now we are part of a team that is making history, together with Rabbi Rick Jacobs, my brother, whose reason, passion and courage make all of Israel’s cabinet ministers look up to him and my colleague and friend Rabbi Gilad Kariv, head of the Reform Movement in Israel, who is blessed by both profound ideology and superb analytic skills, and who is leading the Reform movement to a new era in religious life in Israel.

Together we are negotiating a new reality for all of us at the Wall. This is not going to be a slightly cleaned up second-rate area for the misfits.  It will be the first time that the Israeli government will offer everybody a real choice at the Kotel. I know Israelis are going to get used to the flavor of choice and they are going to demand freedom of choice in all other areas of religious life, such as marriage, divorce, conversion, and education. Once you have 31 flavors, you can’t go back.

For too long, the face and character of Judaism’s holiest site has been in the image of one extreme minority, but we are changing that. It is time that Israelis got to know some other faces of Judaism, like that of our very own Rabbi Miri Gold, or that of Ariella Finklestein, our orthodox 14-year-old client who personally sued the bus driver who told her to go the back of the bus in Beit Shemesh.

We must plant our values the same way we have planted trees. This will require all of us to get our hands dirty since there is no other way to plant.

Our success at the Kotel must become the engine pulling the train of religious pluralism. The next car is the end of gender segregation in Israel and the exclusion of women. We bring you news of great achievements, but we also know that the rights of women in Israel are under attack, and it is falling on us to provide the response

Other cars in the train are freedom of choice in marriage, in conversion, and the full equality and recognition of our Rabbis and institutions.

First- you have to make a decision. Are you going to wring your hands about Israel or are you going roll up your sleeves and get to work? You can’t do both at the same time.

Let’s roll up our sleeves.
I’m asking you to do 4 things:
1. Read – At least once a week read something about Israel that is not about security.
2. Use your financial support to create an Israel that reflects your values.
3. Visit Israel, and make your visits count. Make time for the Israel Religious Action Center. (Less Roman ruins and more freedom rides.)
4. Refuse. Refuse to choose between your liberal values and your commitment to Israel. Let your frustration motivate you to action. Action is our middle name

I want to thank the WRJ, led by their remarkable Executive Director Rabbi Marla J. Feldman, for their years of friendship, support, and solidarity. I am honored to accept this award with the full awareness that I am propped up on the shoulders of so many you here today. I am LITERALLY speechless from all the love you have shown here during this amazing Biennial.

Israelis discover: there is more than one Judaism