Rabbi Rick Jacobs speaks out against gender segregation in Israel

Religious opponents of Women of the Wall have long maintained that the group of activists fighting for equal prayer rights at the Western Wall has a much wider agenda, and that their true objective is in fact overhauling the entire religious fabric of the state.

On Thursday, Rabbi Rick Jacobs, president of the Union for Reform Judaism, suggested these concerns might not be baseless.

“The struggle for equal rights for women in Israel includes the Kotel but doesn’t end there,” he said at a special panel discussion on Judaism and women’s equality held at the Israeli Presidential Conference in Jerusalem. “It extends to the rabbinical courts, to the bridal canopy and to the cemeteries. Gender segregation is legitimate for those who choose it, but it cannot be the default for everyone in this country.” 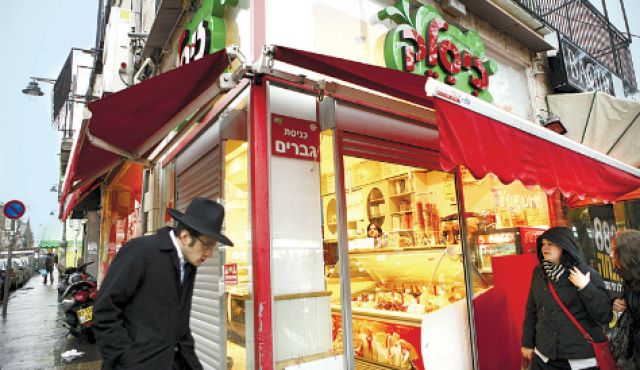 The issue, as articulated by Jacobs, can be boiled down to the following question: “Is Judaism the problem or the solution to women’s equality?”

And to his mind, it’s the solution. Nothing reflects Jewish values more, he said, “than full equality in society.”

That was also the view of Nancy Kaufman, the chief executive of the National Council of Jewish Women, whose organization has been involved for more than 100 years in promoting civil rights and social justice in the United States.

“Israel is family for us, but within the family we can also have disagreements,” she said, noting that “the commitment to social justice is at the core of Judaism.”

Among those presenting a different view was Adina Bar Shalom, the founder and head of the Haredi College of Jerusalem. Although she said she supported equal pay and better work conditions for women in Israel, she added it was important to bear in mind that men and women were inherently unequal. “I have yet to find the man who has given birth,” she said.

Bar Shalom, the daughter of  Shas spiritual leader Rabbi Ovadia Yosef, told the panel that after she married at age 18, she worked full-time for the first eight years of her married life so that her husband could learn.

“But I never felt discriminated against or that I was a lesser person than my husband,” she said. “Men and women are not born equal – they complement each other.”

However, Ruth Gavison, a professor of law at the Hebrew University of Jerusalem and one of the founding members of the Association for Civil Rights in Israel, insisted that gender differences between men and women do not preclude equality.

“Differences are fine, so long as we maintain equality,” she said.

Story by Judy Maltz in Haaretz