All hail the chief

Previous Next
All hail the chief 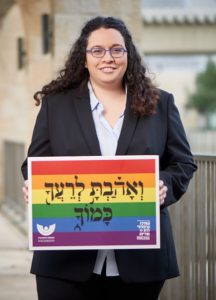 The Israeli Supreme Court is made up of 15 justices. Eleven of the justices are men and four are women. One is Arab.

Judges are appointed by the President of the State of Israel after being selected by the Judicial Selection Committee made up of the Minister of Justice, another minister (currently Minister of Finance), Chief Justice of the Supreme Court, two additional Supreme Court justices, two members of Knesset, and two representatives of the Israeli Bar Association.

Most cases are heard by a panel of three justices, but there are some special cases that have expanded panels of 5 or more justices, such as our case to recognize Reform and Conservative conversions in Israel which had an extended panel of 9 justices. In rare cases, the Court can decide to hold a further hearing before an expanded bench, as happened in our petition for alternative kashrut certification.

The Supreme Court is essential for Israel’s democracy. The Supreme Court is the protector of minority ranks in Israel. In the upcoming year, the Court is going to discuss or rule on our appeals on equal pay for rabbis, the indictment of Bentzi Gopstein, gender segregation in the public sphere, Rabbi Shmuel Eliyahu, and the Kotel.

While some of our democratic institutions are under threat, we keep faith in the Supreme Court and hope that it will continue to defend the equality of all Israelis.

In the next year IRAC is taking cases before the Supreme Court that will have an impact on Israel’s democratic character, as well as cases that deeply affect Israel’s ability to truly be a home for all Jews.