Chief rabbi: Better not to pray than to pray Reform

Previous Next
Chief rabbi: Better not to pray than to pray Reform 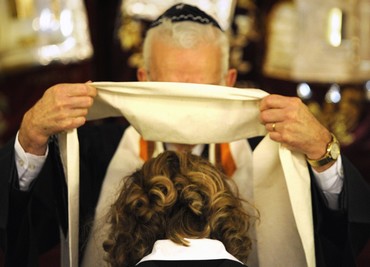 Non-Orthodox groups have reacted angrily to Chief Rabbi Shlomo Amar’s comments about them in an interview given to the Makor Rishon newspaper ahead of Rosh Hashanah.

Asked whether it would be better for a secular Jew who happened to be away from home on Rosh Hashanah to pray with a Reform congregation or by himself in a hotel, Amar said it would be preferable to pray by himself.

“More than this, its preferable not to pray at all than to pray with them [a Reform congregation]. I could write an endless amount of reasons [why this is the case] according to Jewish law,” he said in the interview published last week.

Secular Jews, he explained, had grown up secular and did not know how to be religious, “but when you turn this into an ideology this is problematic.”

Amar also said that non-Orthodox weddings were invalid and labeled Reform rabbis and leaders as “extremely problematic” for “marrying Jews with non-Jews together with a priest.”

“Rabbi Amar’s misguided insights generate a schism and worse yet, so long as he occupies the seat of chief rabbi he is driving a wedge between Israel and the rest of the Jewish people,” Regev said.

“Rather than seek fault with fellow Jews, he would better delve into his own soul and realise that most Israeli and world Jews want to align Judaism with modernity and democracy. It is pluralism and diversity which Israel and Judaism need today, not religious coercion and sectarianism,” Regev continued.

Amar has been extremely vocal in recent months in his opposition to non-Orthodox movements in Israel.

Following the attorney-general’s decision in May to recognize non-Orthodox rabbis working in regional council jurisdictions and small communities, and to fund their wages from state coffers, Amar held a conference of municipal rabbis from around the country to express opposition to the move.

Amar touched on several other issues in the interview, including that of religion and state.

He said that the mixing of religion and politics was problematic for the image of religion.

“If I could explain to the public that religion is pure and not connected to politicians, our situation would be a lot better,” Amar said.