Previous Next
Yachimovich calls for recognition of non-Orthodox Judaism 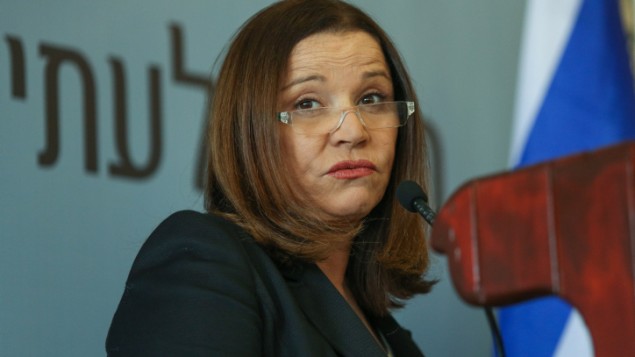 “I have great respect for Orthodox Judaism, yet I also believe that the State of Israel must allow expressions of all streams of Judaism,” she said at a Jerusalem conference. Addressing Jewish communal leaders from Israel and the Diaspora, she praised a recent decision by Israel’s attorney general that would allow Reform and Conservative rabbis to receive state funding.

“This decision was a great achievement for liberal streams of Judaism. It’s a victory for freedom of religion and for all people who want Israel to become a more tolerant and open and just society,” Yachimovich told participants at the “Conference on the Future of the Jewish people,” organized by the Jewish People Policy Institute, a think tank affiliated with the Jewish Agency. “We need many more steps like this to continue to bolster the bond between Israel and Diaspora Jews.”

In May, Attorney General Yehuda Weinstein approved a 2005 petition by an US-born Reform rabbi, Miri Gold, which marked the first time the state recognized the legitimacy of non-Orthodox rabbis. Weinstein’s decision was groundbreaking as hitherto Jerusalem only recognised rabbis affiliated with the Orthodox Chief Rabbinate. In practice, this meant that the salaries of Orthodox rabbis were paid by the state while their Reform and Conservative colleagues were not eligible for such funding.

The Chief Rabbinate rejected Weinstein’s ruling vehemently, as did the the Religious Service Ministry, which refused to pay for non-Orthodox rabbis. Instead, they will be funded by the Culture and Sports Ministry.

The head of the Reform movement in Israel, Rabbi Gilad Kariv, last week announced that he would run in Labor’s primaries for a spot on the party’s Knesset list. Labor can expect to become the second-largest faction in the 19th Knesset, with recent polls predicting between 18 and 27 seats.