Time For a Change

Previous Next
Time For a Change 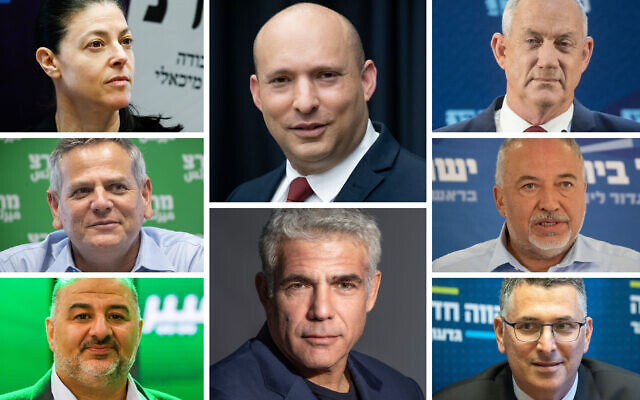 A photo montage shows the leaders of parties in the prospective “change government” that Yesh Atid chief Yair Lapid announced he can form on June 2, 2021. (Flash90)

By the time you read this article Israel will either be heading toward a new Unity Government through a Coalition of the left and right or a fifth election. I believe the former to be the case.

Naftali Bennett, head of the Yamina Party with only 7 seats in the Knesset, has played a game of cat and mouse, confusing Israelis almost up until the deadline for the 28 days given to Yair Lapid by President Rivlin to form a government.

Meanwhile Bibi Netanyahu has been frantically offering the Premiership of Israel firstly to Bennett and then to Gideon Sa’ar. Fortunately for Israel, they both refused and appear to have joined Yair Lapid, head of the Yesh Atid Party. So I predict that Bibi will either accept the role of Opposition leader or more likely, resign from the Knesset all together after serving as Israel’s Prime Minister for a total of 15 years, with his current term being for the past 12 years.

In my view this is a clumsy, somewhat un-democratic and confusing way for any country to go about deciding who will govern. It’s a bit like just throwing the dice. As I have previously suggested, an amended Proportional Representation voting system would offer more certainty of an outcome and still represent the diversity of the Israeli population.

After 4 elections in two years, the failure of Netanyahu to form a Government, the tragedy at Mt Meron, the struggle of dealing with the Covid 19 pandemic and the fears that resulted from the barrage of rockets landing on Israeli suburban areas courtesy of Hamas, along with the breakout of violence, Israelis must be, in every way, completely exhausted.

We in Victoria are strung out and exhausted by the continuing spread of Covid and yet another lock down of our state and capital city. But this is little to deal with compared to what our Jewish brothers and sisters and other Israeli citizens have had to endure this year.

For us Progressive Jews it would be a delight to see Rabbi Gilad Kariv sit in the Knesset as part of a Coalition Unity Government comprised of New Hope, Labor, Yisrael Beiteinu, Kahol Lavan, Meretz and potentially the Joint List or the United Arab List parties, with Naftali Bennett and Yair Lapid alternating as Prime Minister. Regardless of your political beliefs, it is time for a change, and hopefully political stability in Israel.