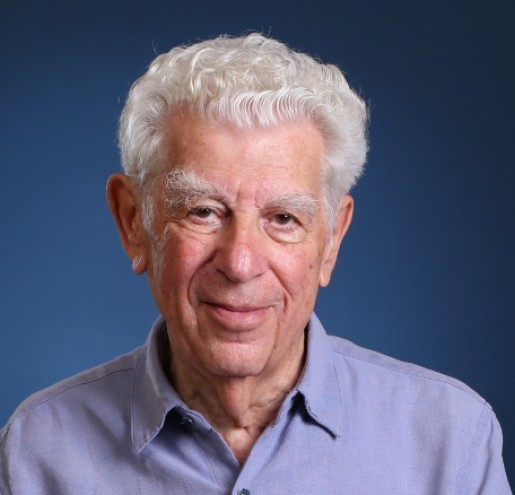 Arzenu joins the Reform Movement in Israel and around the world in mourning the death of our inspirational leader Rabbi Richard (Asher) Dick Hirsch, who passed away in Florida this morning. Rabbi Lea Mühlstein, international chair of Arzenu, reflects: “A shadow has fallen on our world today as we mourn the loss of a true leader of our people and a tireless teacher of generations of proud Reform Zionists. Rabbi Hirsch challenged the global Reform movement to put Zionism and Israel at the center of our thinking and activism. He famously described Jerusalem as Broadway and the United States as off-Broadway. He was firm in his belief that  “Without Zionism, there is no Judaism!” and he lived that belief every day. His legacy is a thriving Reform Judaism in Israel and a global Reform movement deeply committed to Zionism. We extend our condolences to his family at this sad time.”

The IMPJ shared this moving tribute to Rabbi Hirsch:

Rabbi Hirsch, one of the architects of Reform Zionism, the World Union for Progressive Judaism and the Reform Movement in Israel, dedicated his life to the progressive Jewish community in Israel and around the world.

From 1962 to 1973 he founded the Religious Action Center – the legal and public arm of the American Reform Movement (URJ) and fought for the Civil Rights Act of the United States in 1964. In 1973, Rabbi Hirsch immigrated to Israel with his late partner Bella as president of the World Union for Progressive Judaism and established the World Union headquarters in Jerusalem.

The Zionist act of transferring the headquarters of the World Union from New York to Jerusalem was perceived as one of the most significant decisions of Reform Judaism in the 20th century – and in its early years it was a major engine of growth for the development of the Reform movement in Israel.

In the same way, the Reform Movement continued to become a significant part of the World Zionist Organization, the Jewish Agency for Israel and in other national institutions of Israel.

His memoir “For the Sake of Zion” describes his efforts to build the Israel Movement for Reform and Progressive Judaism in Israel and its integration into the institutions of the Zionist movement.

“At a time when there are voices calling for the disengagement of the Jewish people from Israel, a leader has emerged who realized very early on that there is no future for the Jewish people and the Reform Movement without a strong Israel,” said Natan Sharansky, while serving as Chairman of the Jewish Agency in Israel. “While many believe that human rights and Zionism are pulling in opposite directions, here is a leader who proves that the struggle for Zionism and the struggle for human rights are one and the same.”

In 2010, the State of Israel honored Rabbi Hirsch’s Zionist work and he was invited to light a beacon at the 62nd Independence Day celebrations held on Mount Herzl.

Rabbi Hirsch was loved by his family, friends, members of the Reform communities in Israel and the Diaspora and of course the many employees and volunteers who were privileged to work with him and act in light of his vision.

Yair Lootsteen, Chair of the Israel Movement for Reform and Progressive Judaism (IMPJ), joined by former Chairs Yaron Shavit and Reuven Marko, have expressed their deep sadness upon receiving the news of the passing away of Rabbi Richard (Dick) Hirsh Z’l, a monumental pillar of the worldwide Reform Movement.

“Even at his advanced age Rabbi Hirsh continued to show great interest in his beloved Movement in Israel, supporting it wherever he could and however possible, and was delighted with each advance, big and small, of its congregations and in its influence in the Israel public sphere.”

“We found in him a teacher, a rabbi and a friend,” said the chairs, “A man with whom we could seek good advice from, one who had intimate knowledge of even the most minute detail going back decades. We learned from him about leading and leadership, inspiration and vision, courage and wisdom. After decades of bountiful development of the infrastructure for a Movement, today a genuine Israeli Reform Movement flourishes, bustling with renewed Jewish life, and we hope that this shall be a comforting thought for the mourning family”.

Member of Knesset Rabbi Gilad Kariv added: “Rabbi Asher Hirsch has been one of the great leaders of Reform Judaism of all generations – a man of vision and fulfillment, learning and practice, who has had an impact on the arenas of Jewish and Zionist life for the past fifty years. Rabbi Hirsch was one of the founders Zionist Reform Judaism. His commitment to liberal and egalitarian Judaism comes with a deep concern for Klal Israel and a deep respect for every Jew and Jewish community, even in a reality of controversy. In Israel, we look back upon the scope of Rabbi Asher’s work and leadership and his deep commitment that continued tirelessly until his last breath. Today, we lost a teacher, a leader, a rabbi and a friend. May his memory be blessed.”

“There are stars whose radiance is visible on Earth though they have long been extinct.

There are people whose brilliance continues to light the world even though they are no longer among the living.

These lights are particularly bright when the night is dark.

They light the way for humankind.”

Yehi Zichro Baruch – May his memory be blessed