Previous Next
Netanyahu to Reform Jews: Kotel belongs to all Jews 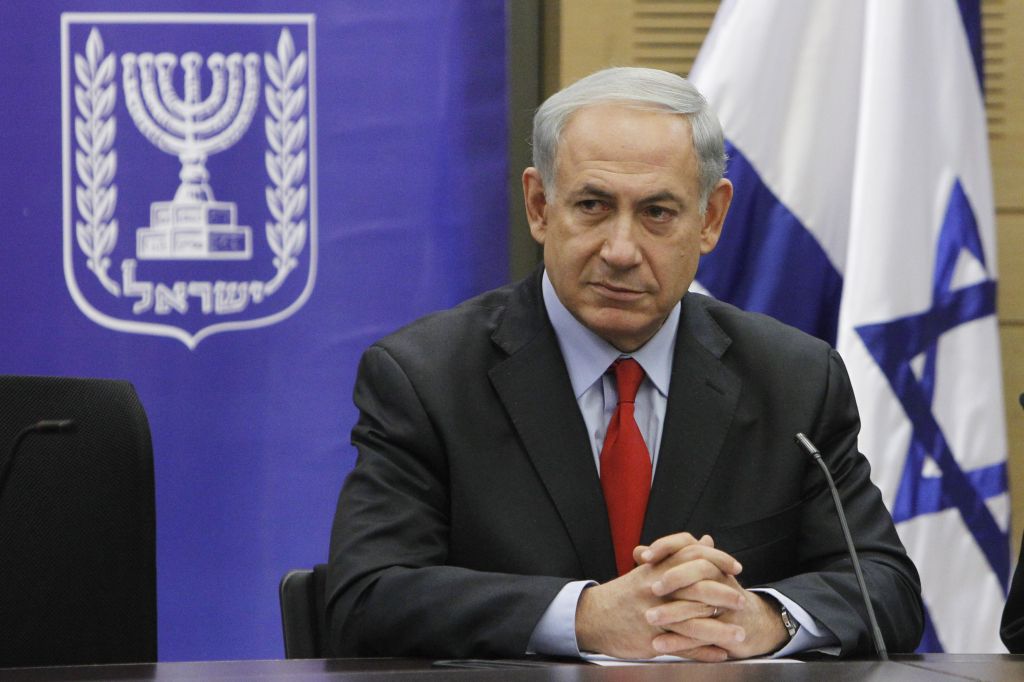 The Western Wall belongs to all Jews, emphatically including Reform Jews, Prime Minister Benjamin Netanyahu said in an address to the Union for Reform Judaism Biennial 2013 over satellite last Sunday.

Netanyahu thanked Rick Jacobs, president of the Reform movement, for his efforts in support of an interdenominational compromise at the Western Wall. He also thanked the Reform movement for its efforts to strengthen Jewish identity and American Jews’ connection to Israel.

Jacobs, in turn, praised Netanyahu for his role in securing an agreement with the Women of the Wall movement, over an alternative section of the wall to be used for non-Orthodox prayer.

“To us, it is a symbol of the day when those from the non-Orthodox streams will stand equal with the Orthodox rabbinate and community in the eyes of the state,” Jacobs stated. “It is a symbol of your efforts and ours to resist the attempts of those who would turn back the equality advances of women in Israel. Before all those assembled here, I want to acknowledge your personal role in achieving at the Kotel something that, when fulfilled, will be a historic transformation.”

Netanyahu began by reiterating his frequent message that the best way to stop Iran from obtaining nuclear weapons is through maintaining economic sanctions alongside the threat of military attack.

Netanyahu said that Iran’s repression of civil rights at home, as well as its support for terror abroad, belie the friendly diplomatic posture its leaders have struck recently. “It talks the talk, but it walks the walk of death every day,” he said.

Netanyahu repeated his call for Palestinian Authority President Mahmoud Abbas to recognize Israel as a Jewish state. He also emphasized the need for an agreement that will ensure Israel’s security.

“To reach such a historic peace I am ready to make difficult decisions. And I think if you look at my record, it demonstrates that,” he said. “I I made these decisions and I stood by them because I wanted to give negotiations a chance. And this past August, in the framework of understandings reached to facilitate the current talks, I agreed to release convicted terrorists, some guilty of the most heinous crimes against innocent civilians, our civilians, our people. I have to tell you that this was one of the most difficult decisions I have ever made, and I’ve made some tough decisions. I can also tell you it was very unpopular. It’s still very unpopular.

“But I took that decision because I wanted to give peace negotiations a chance. And I am ready to make even tougher decisions to achieve a historic breakthrough. But the Palestinians also must be ready to make hard decisions as well, because peace is not a one-way street; it’s a two-way street,” he said.

Although until recently the event organizers were under the impression that Netanyahu would attend this year’s biennial in person, the Prime Minister’s Office denied that he ever intended to travel to San Diego for the conference.

“The Prime Minister accepted the invitation to address the delegates to the URJ biennial either in person or via satellite. At no stage was a commitment made to attend in person. The URJ leadership was informed in November that the PM would not be in the USA at the time of the conference and would therefore deliver his remarks via a satellite link,” a PMO statement read, according to Haaretz.

Netanyahu’s speech Sunday was delivered via video feed to the conference’s closing plenary in San Diego.