JERUSALEM (JTA) — A female Reform rabbi took her place on the religious council of Mevasseret Zion, a suburb of Jerusalem. 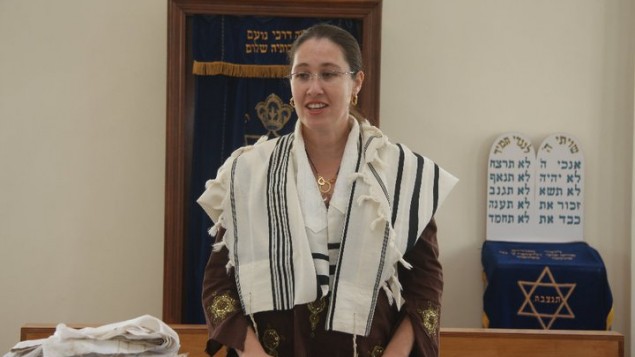 Rabbi Alona Lisitsa said she did not feel hostility from the rest of the representatives — all Orthodox — of the local religious council, according to reports.

The Reform Mevasseret Zion Congregation put forth Lisitsa’s name to join the council nearly a year ago. The appointment was delayed in the Ministry of Religious Affairs until the courts became involved and ordered the ministry to approve the appointment.

The community’s population is mixed secular-religious.

“I came with much optimism and hope, and indeed I found a different Mevasseret community,” Lisitsa said in an interview with Israel Army Radio. “We talked about the need for cooperation and the need to ignore internal differences for the residents. This is a triumph for Israeli democracy. ”

Lisitsa told Army Radio that the members all introduced themselves to her, and that she had a “long conversation” with one of the representatives of the haredi Orthodox Shas party.

Lisitsa works at the Hebrew Union College-Jewish Institute of Religion in Jerusalem, according to her Facebook page.

Religious councils supervise kashrut, and are the central address in their communities for marriage registration, synagogues, mikvehs and burials. Israel has more than 170 religious councils.